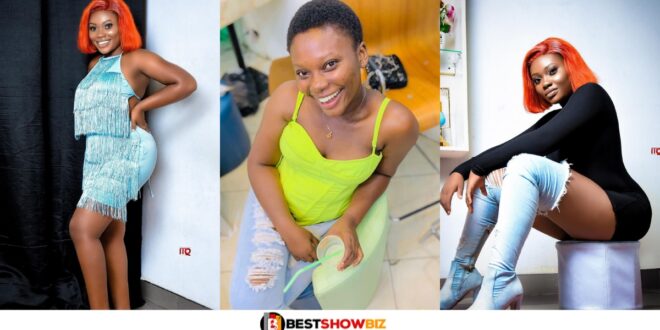 It would appear that all of the child actresses who worked in the Kumawood film industry have matured into stunning young women by this point.

Spendilove Acheampong, who is known for her roles in Kumawood movies, has recently caused a stir on social media with photos of herself looking mature and stunning.

When Spendilove first started working in the movie industry, she was only about six years old at the time.

The 19th of October, 2003, was the day she was born. The majority of the movies in which she appears also star Benedicta Gafah and Christiana Awuni.

The majority of the film roles that Spendilove has played involve children in some capacity, such as orphans, children possessed by evil spirits, child ghosts, and other similar characters.

Spendilove is now a grown woman and looks very beautiful. She has recently dropped some stunning photos on her Instagram page, which have caused a stir, and her fans can’t get enough of her.