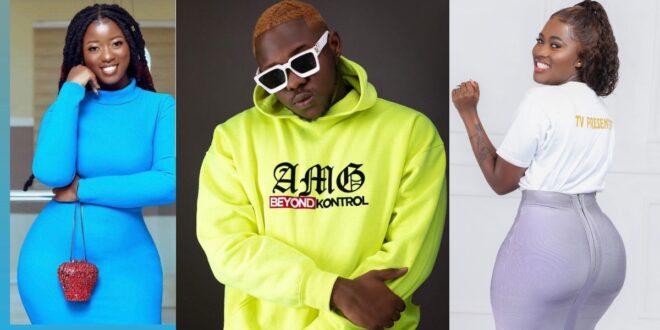 A picture of the woman posing alongside Medikal has found its way into a variety of websites.

She is seen wearing a sea blue bodycon dress that accentuates her curves.

Despite the fact that no information about Medikal’s glamorous sister have been revealed, fans are enamored with her due to her big curves.

Have a glance at the picture below.