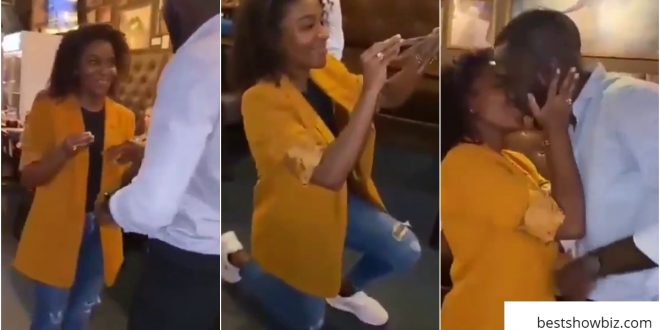 We have chanced on a beautiful video that sees a nice lady proposing to her boyfriend at a public place.

in the video which has fast gone viral, the beautiful lady was seen on her knees as she holds a ring and proposed to her boyfriend in a restaurant of which he said yes.

they were then seen locking up their lips after she put on the ring on her boyfriend’s hand, the guy’s reaction alone was priceless.

unlike other guys who reject their girlfriend’s proposal and embarrass them, this guy said yes and wore the ring.

all the people around that moment made it more beautiful as they clap and cheer them up.

watch the beautiful video below;