check out – four suspects arrested over the murder of Junior US

after Southwest Philadelphia police released a CCTV footage of the people who murdered Nana Yaw Opoku popularly known as Junior US few months ago, they have again released photos of the four suspects arrested in connection with the murder.

Police say Zogar was arrested on May 22, Sherif on June 18, Doucoure on June 27 and Bargor on July 22. All have been charged with murder, robbery, criminal conspiracy, and related offences.

check out the photo of the suspects below; 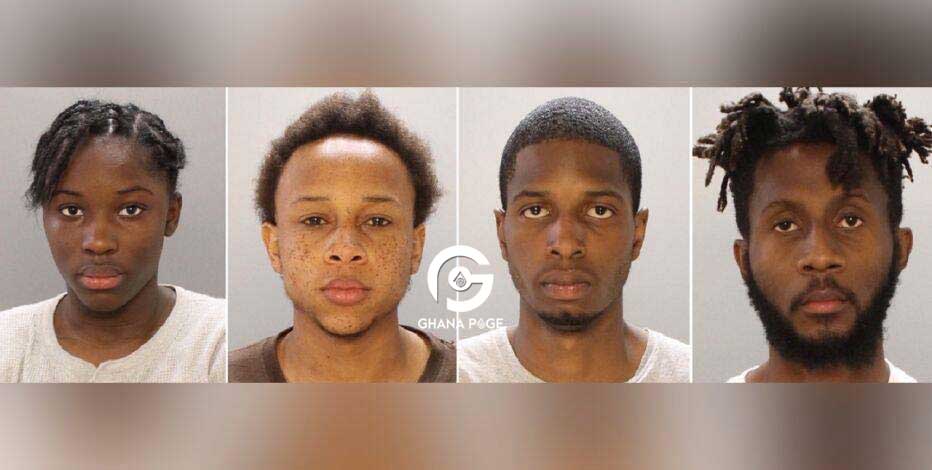 Junior US was murdered in his own house in Philadelphia after some men rushed in his house and shot him.