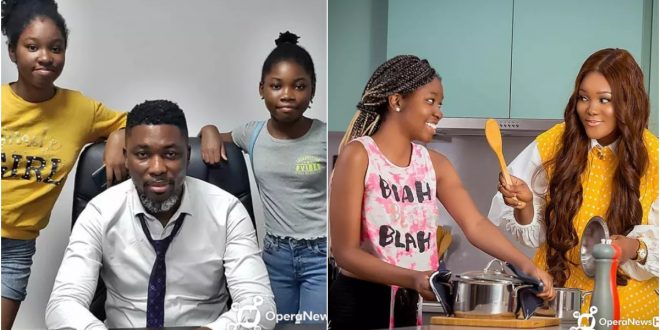 Kwame Asare Obeng, nickname Kwame A Plus has given his fans a glance at how beautiful his immediate family is as he shared adorable pictures of his wife and daughters.

Kwame A-Plus is a Ghanaian Hiplife rapper and singer popularly known for his political and controversial hit records he made his first hit and became recognized in Ghana somewhere in the year 2000 when he released a musical album named “Freedom of Speech” prior to elections.

Kwame A plus is married to Akosua Vee since 23rd September 2017 where they hosted an exclusive wedding at a hotel located in the capital city Accra. Kwame A-Plus has been blessed with two beautiful daughters.

He has shared rear photos of his family that captures Akosua Vee and the two daughters including himself. check them out below: