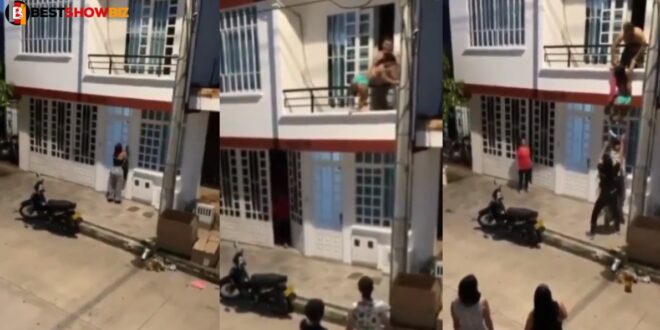 After noticing his sugar daddy’s wife coming inside, a young lady(Midget) was seen falling down the storey building of a house through the window, according to a viral video circulating on social media.

The man, who knew it would be war if the wife discovered the side chick in the house, was witnessed assisting the lady in exiting through the window before the wife entered.

People on the scene assisted the lady in getting down from the building without being caught and humiliated by the man’s wife, but she was caught and had to take to her heels to avoid the furious wife’s harsh beatings.