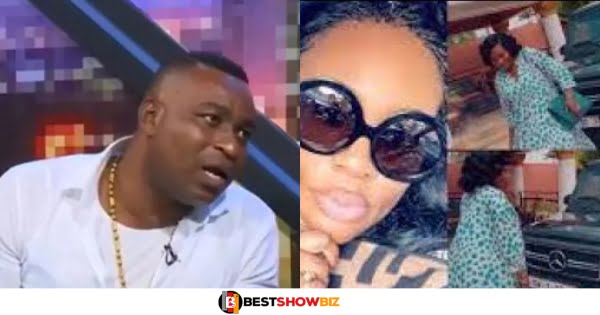 The billionaire, who has long kept his family out of the spotlight, has had his marital problems on the minds of social media users.

Chairman Wontumi allegedly got into a fistfight with his first wife, who confronted him for infidelity in their matrimonial house, according to Kwesi Nti, former NPP Constituency Chairman of Fomena.

In his accusations, Kwesi Nti alleged that he was an eyewitness to whatever transpired between the couple.

He made this claim in response to a viral photo of him sporting a ripped shirt.

Kwesi Nti explained the photo, saying it was shot in Chairman Wontumi’s residence after he broke up an argument between Wontumi and his wife.

Kwesi Nti claims he was visiting Chairman Wontumi when he saw a severe quarrel between him and his first wife.

He was apparently confronted by his wife for sleeping with ladies in their marital house.

Kwesi Nti stated that while attempting to separate the couples, he tore his shirt.