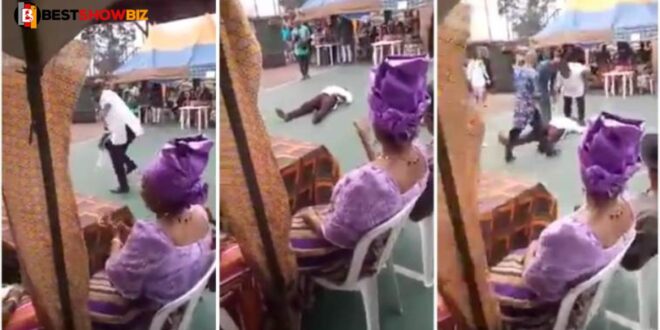 After one of the dancers, who was delighting the gathering with his dancing moves, collapsed and died, the traditional event came to an abrupt stop.

A man in his late 50s is seen dancing and feeling cheered up by his ethnic dance in a video circulating on social media.

The party came to an end when he collapsed unexpectedly. At first, the visitors assumed it was part of the dance until he could not get up after ten seconds or more.

He was, however, attended to and escorted from the event.

The dead was said to be the chairman of a local government in Rivers state, according to unconfirmed sources (Nigerian).

Take a look at the video below…