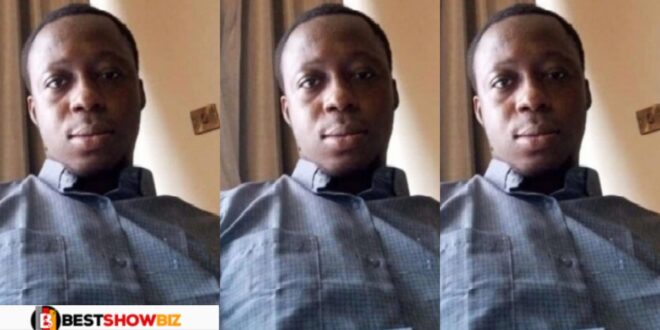 According to a GhanaFeed report, Felix Abagi, a health practitioner from Abura Asebu Kwamankese in the Central Region, committed suicide.

Neighbors who came to his room after smelling a strong odor allegedly discovered him hanging on a rope on Monday morning.

When they broke in, they discovered his lifeless body hanging in his room, though they suspected he drank poison.

The blog also claimed that a substance that gave that indication (that he took poison) was discovered near his body.

According to residents, he was last seen on Thursday after exiting the Department of Pharmacy at the Abura Dunkwa Government Hospital.

As a result, the deceased’s body has been deposited at the Cape Coast Teaching Mortuary, where an autopsy will be performed while the police conduct further investigation.