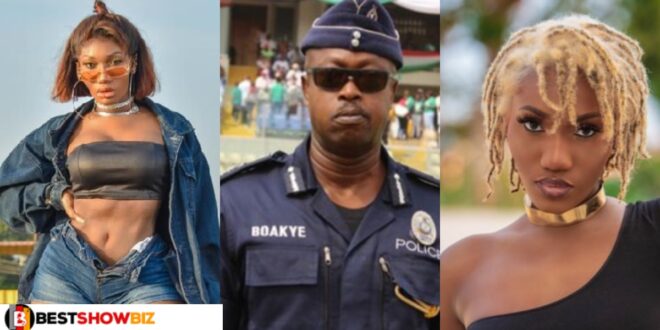 Wendy Shay has responded in the same violent manner to COP Kofi Boakye’s scandalous and insulting statements regarding some public individuals who showcase themselves as celebrities.

A celebrity, according to Wendy Shay in a tweet that was spotted on her official Twitter page, is somebody who is well-known in any of the following fields (Sports, Entertainment, etc).

As a result, she finds it both hilarious and distressing that police officers and other Ghanaians dispute the celebrity status of some of the country’s most famous persons.

Despite the fact that Wendy Shay did not mention COP Kofi Boakye’s name, we all know that this shade is for him.

Perhaps she reasoned that not tagging the tough cop would save her from the problems that would arise after the COP. Kofi Boakye notices the tweet.

“Celebrity is an English word,it means a famous person especially in entertainment or sports etc,but it seems some Ghanaians have their own definition for the word celebrity, somebody being famous(celebrity)too Dey pain u people ooh Dabi smh Ghana wake up!“