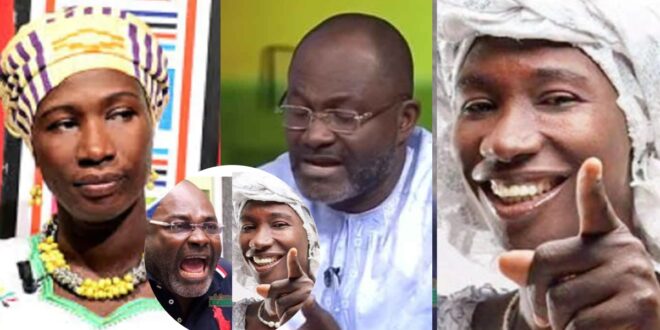 Member of parliament in Assin Central, Honourable Kennedy Agyapong has in a video we spotted issued a word of caution to Cecilia Marfo for the thing she has been doing.

According to the member of parliament, Cecilia Marfo is a very evil woman and her actions are so disgusting.

According to him, Cecilia Marfo has been spitting in the mouth of people all in the name of healing.

Read Also  Be Inspired With These Throwback Photos Of Tiwa Savage: She Has Indeed Come A Long Way
Share