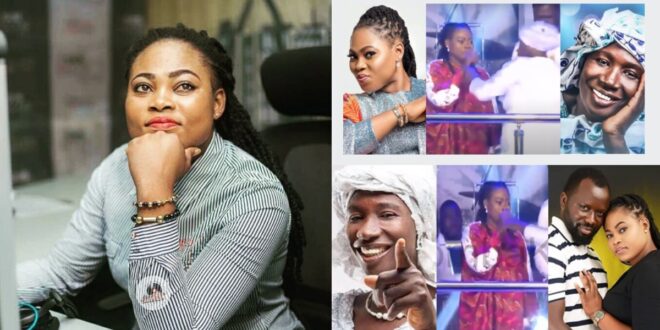 One of the event Organizers of the Unity Annual Thanksgiving organized by patrons of the Unity Group of Companies, the event where Joyce blessing was embarrassed by Cecilia Marfo after she took her mic and asked her to go to her husband, has spoken about what happened that night.

According to Fiifi Rockson (the Organizer), Joyce Blessing has been performing annually at the event but this year, her energy was off and she was down spirited probably because of the issues with her husband.

Fiifi went on to say that, everyone in the auditorium felt how down spirited she was and maybe that was what lead Cecilia Marfo under the influence of the holy spirit, to do what she did.

watch the interview with fiifi below.