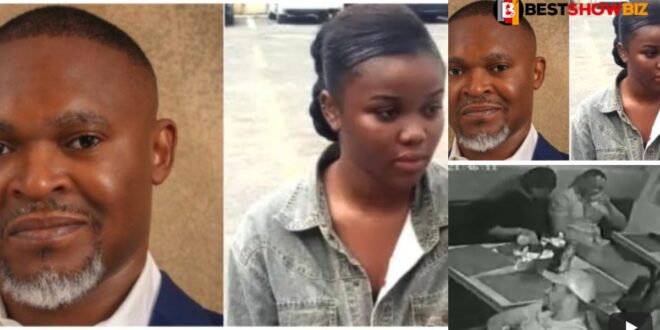 CCTV footage of Chidinma and late Mr. Ataga before she killed him surfaces online – Video

CCTV footage of suspected killer Chidimma Ojukwu and the Super TV CEO, the late Mr. Usifo Ataga, moments before she allegedly murdered him in a hotel room, has finally been made public.

Reno Omokri, a lawyer and social media star, uploaded the video on Facebook.

Mr. Usifo Ataga and the young lady were having fun in a restaurant when the video was taken. It also recorded the moment when Mr. Ataga, who was running late, ordered a lunch from the restaurant’s waitress.

The camera also recorded the time the two of them exited the restaurant and entered a secluded area where the tragic scenario was played out.