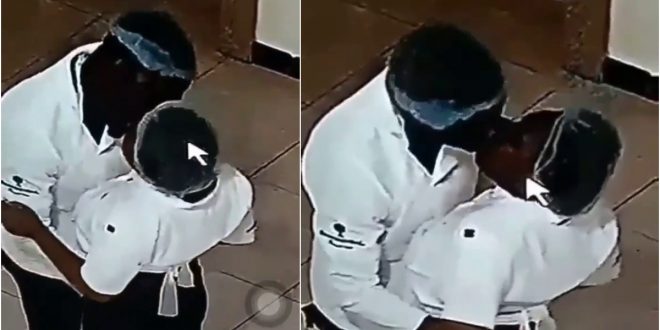 CCTV films two bread sellers ‘Chewing themselves’ while at work

A CCTV camera footage that has popped up and spreading on social media captures alleged two bread sellers of a popular bread-making company making out.

The video was first released into the system by Nigerian musician Samklef who captioned:

The video captured them at work, dressed in their regular working dress as they kissed and squeezed each other till they got tired. The video has since landed gathered a lot of reactions as many social media users criticize them for their inability to control their desires.