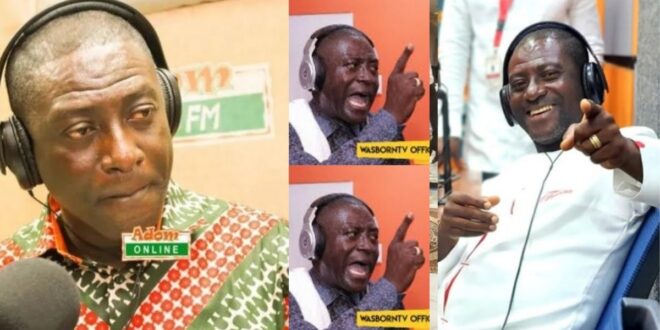 the General Overseer of the Alive Chapel International, Bishop Elisha Salifu Amoako in his earlier prophecies revealed that Smart will not live to see the end of 2021.

during his church service on the 3rd of January 2021, the self-acclaimed man of God said;

“There is an ambush that four people have laid against a radio presenter. If he is going to enter his house, four men will shoot him 30 times and run off on a motorbike. The man is called captain smart, four people hate him and they have employed some Muslim boys that by this year April, he will be bragging that nothing can touch him. But by the time he knows he has become a ghost,”

well, in a response, Captain Smart says he is never afraid of death hence he has no time to waste on fake prophets.

speaking on his show on Angel FM, Snart said;

“I have no time to waste on any person practicing witchcraft so If any pastor or prophet informs you that you’re being pursued by witchcraft, tell them they are indeed sick.

The other day I heard that some prophet was prophesying that I was going to die by 30 gunshots but look, I am not afraid to die. Listen to me whatever Reverend Bishop, Pastor, Prophet or what you call yourself, that if I die now, and it is not your prophecy because I am not a child for any spiritual amateur to prophecy over my life. They are not God.”