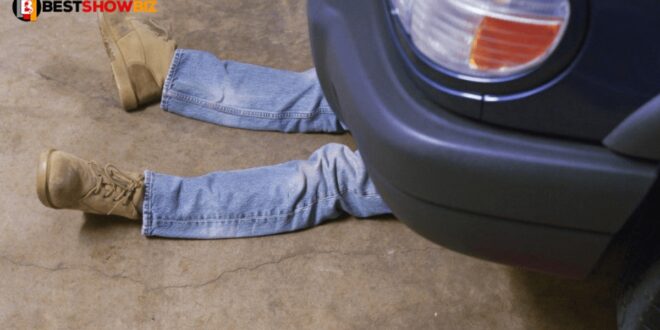 Car crush on top of a thief k!lling him after he entered under the vehicle to steal parts

In the United Kingdom’s Wales, a Welsh man died unnecessarily while attempting to steal car parts.

Daniel Stephens, 25, of Blaenavon, Torfaen, was discovered on August 12th, at 06:00 BST, beneath a BMW in a car park on High Street, Cymmer, Rhondda Cynon Taf.

He died when the jack he was using to keep the automobile in place collapsed.

Mr Stephens’ legs protruded from under the BWM, according to the car’s owner, who testified at the inquest in Pontypridd.

Russel Seldon said he contacted 911 after discovering Mr Stephens under his car with no signs of life.

Mr Stephens was “cold and stiff” when the car was raised, witness Leah Jeffries told the inquest, and he could tell his “chest was crushed.”