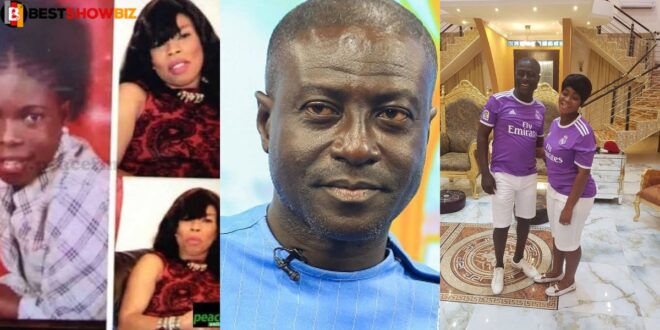 John Mensah Sarpong, a music producer, has told the story of how Captain Smart, a prominent broadcaster, shattered his romance with gospel singer Ama Boahemaa.

In an interview, the producer stated that he was quite close to the legendary gospel performer and planned to marry her, but Captain Smart entered the picture and ruined everything.

He revealed that the Gospel musician and he had a falling out after Captain Smart vowed to marry her.

He said that they had a misunderstanding concerning money, and Captain Smart was the one who was exacerbating the problem.

Read Also  Ladies crush on Shatta wale as he releases dope pictures of himself. (Photos)

He, on the other hand, explained everything he done for Ama Boahemaa before they left ways, but she didn’t appreciate it.