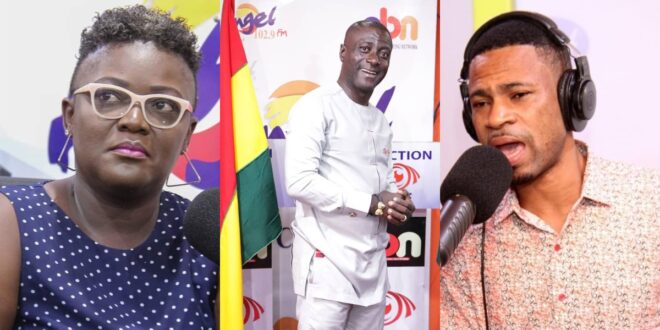 Captain Smart has made a shocking revelation about Kofi Adoma Nwanwanii and Nana Yaa Brefo of Angel Tv on his own Smart TV website.

Captain Smart’s supposition that Ohemaa Woyeje, Yaa Brefo, and Kofi Adoma Nwanwanii had all departed Angel TV was met with scorn by the public.

A few said he should focus on building his own name and following his own path at Onua TV. Despite the criticism, Captain Smart refused to speak or remove the remark from his page.