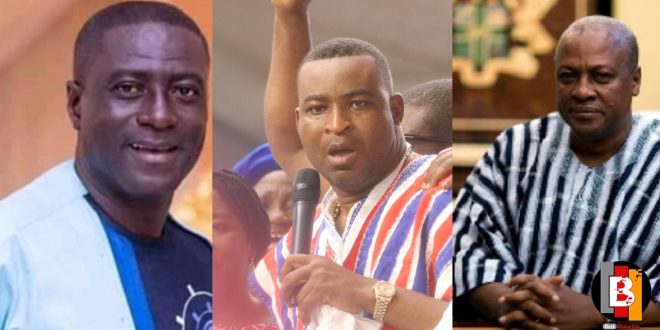 according to Wountumi on his TV station monitored by Bestshowbiz.com, Captain Smart is a thief and he is worse than former President Mahama.

Wontumi went ahead and disclosed that Captain Smart duped some ladies when he worked at Fox Fm in Kumasi.

in his own words, Chairman Wontumi said;

“I will call Kwaku Oteng and talk to him or Smart thinks his boss is better than me? I can employ you (Captain Smart) and I am going to deal with you. Captain Smart is a thief”

well, Smart is yet to comment about these allegations.