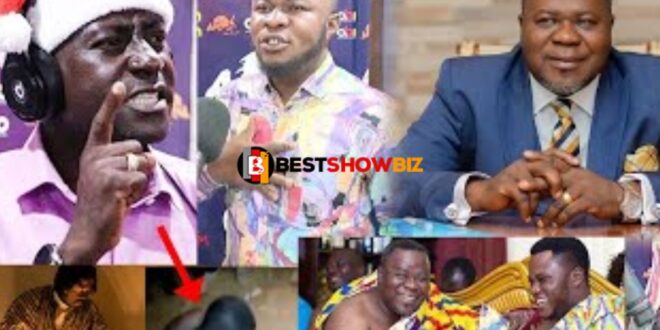 Captain Smart’s failure to return to Angel Broadcasting Network after his suspension has sparked a lot of discussion, with some even making accusations.

After departing from Adom FM, a Multimedia Group media station, the acclaimed broadcaster joined Angel TV/FM, but has since moved to a new media firm in less than a year.

Captain Smart, who was suspended by ABN for his frequent attacks on government leaders, said on his television station a few days ago that he would not be returning.

Many people were perplexed as to why he would make such a statement so soon after the ban was lifted.

Captain Smart’s decision to leave the station, according to one presenter who claims to be Dr. Kwaku Oteng’s brother, is based on his use of juju.

He recalls a meeting before the station’s rebranding in which a preacher told them that the station was designed with God in mind, which explains why he arrived to such a conclusion.

Captain Smart lifted his hand and frankly told them that he had no spiritual protection from anyone or anything, he said.

Kwaku Oteng’s brother went on to state that the man of God then advised them that anyone who tried to use juju while working at the station would be fired before their first anniversary.

He said, “We are celebrating our one-year anniversary, and Captain Smart is no longer with us.”

Furthermore, he claimed Captain Smart received Ghc20,000 from Kwaku Oteng to be divided among eight people, but that none of them had received any money from him to yet.