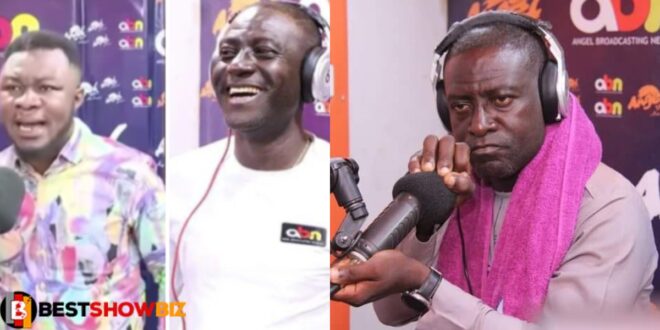 Captain Smart’s failure to return to Angel Broadcasting Network following his suspension has sparked a lot of discussion, with some even making accusations.

Captain Smart, who had been suspended by ABN for his frequent attacks on government leaders, stated on his Smart TV a few days earlier that he would not be returning.

Many people were perplexed as to why he would make such a statement so soon after the ban was lifted.

However, in the voice of Angel FM’s Prophet Adu Boahen, outrageous claims have been leveled against ace broadcast journalist Captain Smart.

Captain Smart’s decision to leave the station, he claims, is based on the fact that he has used juju in his radio career, including his time at Accra’s Angel Fm.

Read Also  Actress nayas 1 now a musician as she releases a gospel song with Hon. Aponkye.

Furthermore, Prophet Adu Boahen said that Captain Smart received Ghc20,000 from Dr Kwaku Oteng to be divided amongst eight (8) persons, but that none of the presenters has got any money from him to date.

LISTEN TO THE VIDEO BELOW: