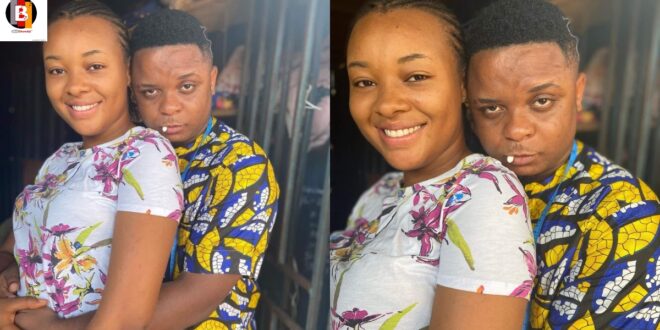 “Can’t you see i am in love with you??” emotional Enoch Darko reveals to a Nigerian girl

When the Ghanaian actor who rose to fame on TV3’s talented kid’s show started posting things that made people afraid and panicked, they started to worry and be scared.

The first tweet by the Ghanaian star, who is now ruling the Nigerian film business, wrote, “OK, I have a confession to make.

Who wants to hear? Guys, I did something insane on my birthday, and it’s coming after me.”

Within a few minutes, he sent another remark, which said, “Ermmm am very sorry bombshell lovers. Don’t inform the cops.

All will be forgotten at 7:00 p.m. Nigerian time. I’m so terrified that I don’t think I’ll be able to perform again for you to adore and appreciate my Nollywood movies.

“I suppose I’m done acting now that I’ve told you everything.”

He subsequently posted another photo of himself with a gorgeous lady named Ben with the message, “don’t know why this beautiful Nigerian girl is treating me this way, even on my birthday.”

I called you all day and you didn’t answer. Isn’t it obvious that I’m in love? Can’t you tell I’m interested in you? Ifeoma adores you.”

After discovering that this was the issue that was affecting the actor, his followers described his actions as a joke since he was always playing mind games with them.

However, it appears that the Ghanaian has found love.