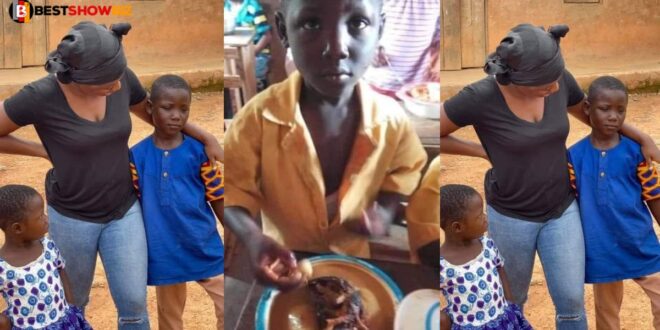 Canadian Man offers to adopt ‘Our-Day’ Fufu Boy, promises to move him to Canada to school.

During the last week, a little kid named Oswald penned a letter to his mother that went viral, reminding everyone of the days when the final day of vacation was a huge event.

While Oswald was trending and donors’ interests were being debated, a little kid in a rural area was also receiving significant attention with his ‘Our Day’ fufu.

This highlighted the stark contrast between rural and urban pupils.

Not that fufu is terrible food, but bringing it to school for ‘Our Day’ is unusual, and his displeasure with his meal was concerning.

Someone was moved by his fufu experience and sought him out, She is adopting him and moving him to Canada.