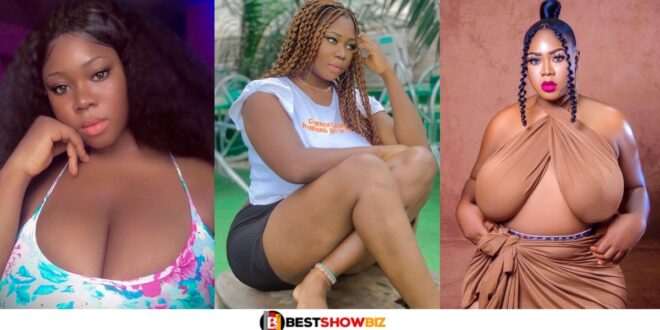 One of the most influential people on social media in Nigeria, Uju Mandy, has joined the group of famous people who have bravely come forward to show how they have changed.

She revealed the changes in herself between 2017 and 2022, and they are truly amazing given how different she seems in both photos.

Not everyone is brave enough to share their transformation on social media because they are afraid of trolls, but Uju Mandy has shown that she is not afraid in this case.

She looks different in each picture. In the first, she looks younger, and in the second, she looks older.

Read Also  Husband and his wife with their 2 kids die Mysteriously in their sleep.

She has gained weight since her youthful appearance, and in her most recent photograph, she has switched from her blonde haircut to a braided one.

She described the year in which the two photos were shot in the caption, which says it all.