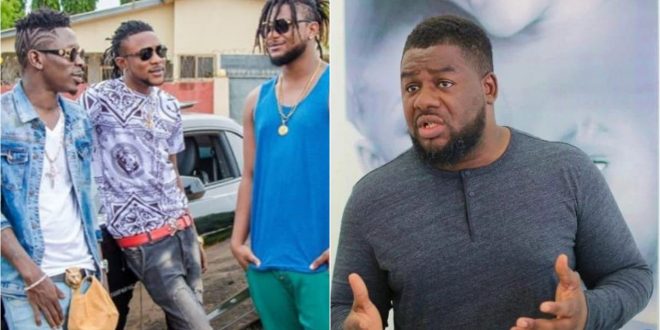 The artiste manager for Shatta Wale Nana Asiamah Hanson, popularly known as Bulldog has stated that he once asked Shatta wale to sack the militants upon his return to rework with him.

According to bulldog as he speaks with Nana Ama Mcbrown on United Showbiz, Shatta signed the Militants behind his back because he had gone for a break that time and upon his return, he saw that the boys were not serious when it came to business.

he commented that if he was Shatta Wale he would have sacked them a long time because he takes his work ethics but for Shatta Wale warm-heartedness, he tried changing them but they did not.

He also said on the lighter side that if he was Shatta Wale, he would have even beaten them before sacking them.