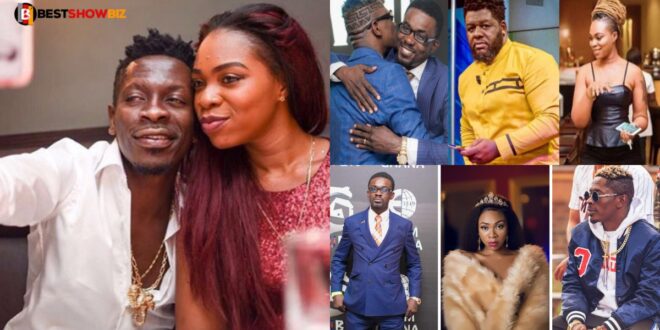 “Bulldog caught Nam 1 sleeping with Shatta Michy in his office”

Michy was recently pressured by Shatta Wale’s claimed cousin, Magluv, to come out and say the truth about why she left the musician’s home.

We assumed the problem was just one of those things, but Magluv’s Instagram blogger has given us a sneak glimpse at what he plans to reveal in the coming days.

According to the blogger, NAM 1, fearful of what might happen if the photo made it onto social media, opted to sign Shatta Wale to his Zylofon Music label for a large sum of money in order to keep the situation hidden.

The informant continued, “Unbeknownst to NAM 1, Shatta Wale, Bulldog, and Michy plotted the entire thing together.”

The blogger posted: “On that faithful day, Bull Dog supposedly caught Michy and Nam1 in a compromising [not having sex situation in Nam1’s office. He brought out his phone & snapped them without Nam1 being aware. Well fast forward, Shatta contacted Nam1 Bull Dog had informed him about Michy and & hNam1 seen in a very “compromising position” & that he has proof.”