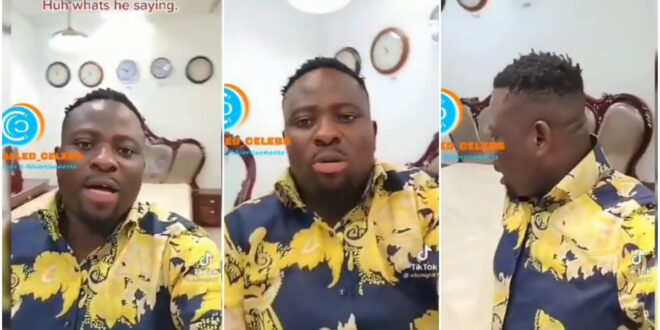 Renowned Ghanaian gospel musician Brother Sammy has been exposed for taking videos and photos in China Mall in Kumasi and claiming it’s his house.

The author of ‘My God Is’ was spotted in a video wishing his fans Merry Christmas.

the video shows Brother Sammy in a nice bedroom with lots of watches and Wardrop.

it appears that he went to the China Mall in Kumasi and took a video from where bedroom kinds of stuff are sold forgetting there were price tags on them and posted the video in his media handle.

many people thought that was his beautiful bedroom but it appears Brother Sammy took the video from a mall and flexed with it according to popular Blogger Thosecalledcelebs.