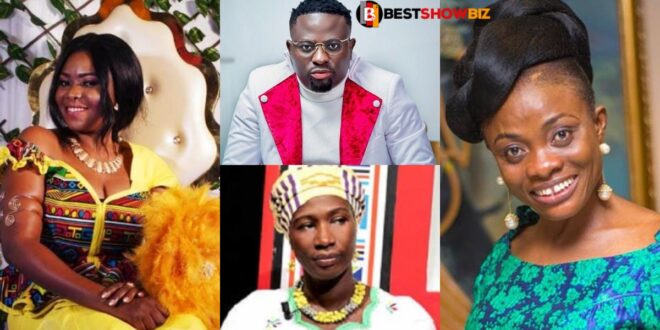 Deborah Akoto, a rising gospel artist, has slammed other gospel musicians over the disunity which has erupted among them that has led to them assaulting each other on social media.

According to Deborah Akoto, several of the prominent gospel musicians, like Brother Sammy and Cecelia Marfo, were out to damage one other’s careers rather than focus on gaining souls for Christ. “We cannot behave as circular musicians do, so we need to exercise decorum in doing our music. We should bear in mind that we have called to preach the word of God through music, therefore, attacking each other is a total diversion,” she said.

Read Also  "Google Me To Know What I Do, You Fool" - Moesha Boduong Goes Harsh On A Fan (Screenshot)

Deborah Akoto further stated that denting each other’s image goes a long way toward devaluing gospel artists, which affects the message they seek to convey in their songs.

The “Abamu Awie” hitmaker continued: “Is very disheartening to hear top gospel music stars lambasting themselves on social media and on radio and the thing is that it discourages young musicians in doing the gospel genre.’’

Aside from that, she said that gospel singers should refrain from trying to acquire popularity by igniting conflicts because doing so is incompatible with biblical teaching principles.