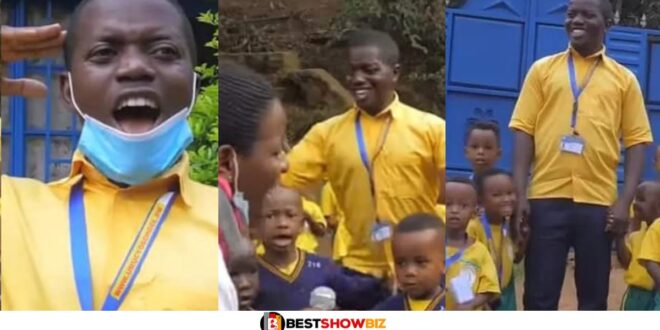 A man of 38 years of age who has recently returned to school after having his heart broken by a woman he once loved is an inspiration to many.

The man, who is only known by his first name, John, was allegedly formerly married and had two children, but at some point, his wife divorced him and married another man, citing his lack of education as the reason.

Because of his pain, the man decided to go back to school and get an education.

It was said that due to John’s mature appearance, the other students at the school mistook him for their teacher when he first came.

John is sure that he will have finished all of his coursework by the time he is 50, even though some people have made fun of his decision.

His narrative has garnered a lot of praise from internet users;

Debbie Fisher wrote: “Congratulations on making your life better. I’m so proud of you. Keep up the good work.”

Hey_Jake wrote: “Such determination is rare to find. The only loser here is John’s wife and I hope he finds a wife with equal determination in life. The ability to get back up and never give up. That’s really cool.”