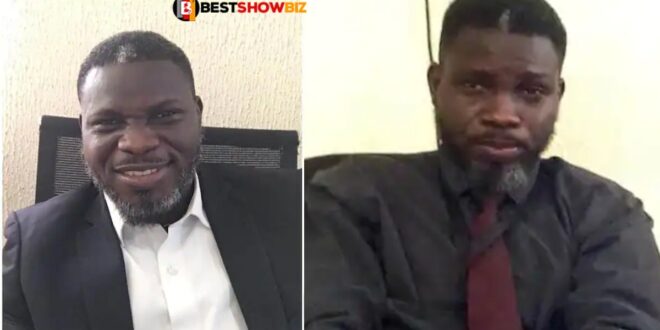 On Friday, July 2, a businessman, Oluwanishola Akeju, described a critical meeting he had with his staff.

As he went into his office one morning, the Itsmy Hq CEO posted on Facebook that he found his cleaner snapping pictures. When the worker noticed him, he had to hastily hide his phone.

Oluwanishola claimed he asked for his phone and to sit in his chair. When the cleaner did it, the CEO photographed him properly.

He informed the cleaner after the shootings that nothing is impossible in life. The employer expressed his desire that the photographs do not wind up on social media, but instead serve as an incentive for him to pursue his larger life goals.

“I walked inside my office this morning and I found the cleaner taking shots of himself from an angle. Immediately he saw me, he quickly pocketed his phone. I requested his phone, which he felt reluctant to give. I told him to sit on my chair. I took few shots of him and then handed him his phone. With a smile, I told him nothing is impossible if he can think it. I hope it won’t only go to his social media updates but rather, a picture he would constantly look at, driving him to be someone better in years to come.”