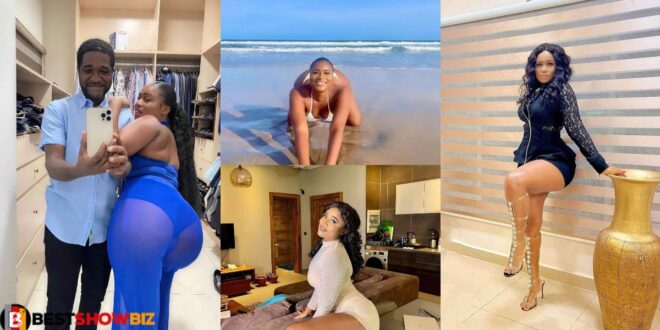 Even God and his son, Jesus Christ, appear to have been unable to contain Ghanaian actress Christabel Ekeh’s penchant for nud!ty. The Born Again actress has returned to factory settings, flaunting her bare physique on social media.

The actress has been flashing beautiful images displaying too much flesh for weeks, contrary to what she promised to do after her naked photos went online a few years ago.

The images, which were taken in different locations and under different settings, show that Christabel Ekeke was unable to hold on to the religion she had recently discovered.

Christabel Ekeh is also shown on all fours in several of the photographs, implying that she prefers doggie to any other s3x position known to man.

Take a look at some of her most recent images below.