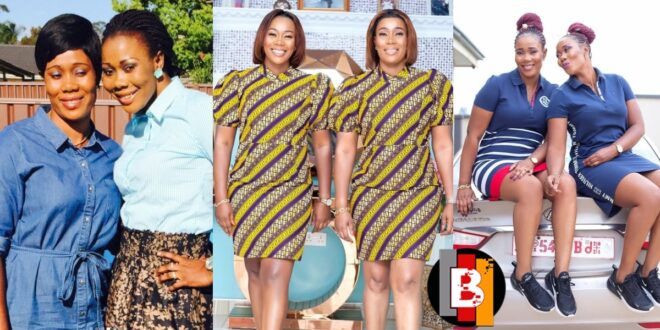 Borga Sylvia of Kumasi Yonko fame stuns social media with pictures of herself and her twin sister.

Sandra Adu is a Ghanaian actress who has made a name for herself in the Ghanaian film industry throughout the years. Her childhood desire had always been to be seen on TV as an actress, and as they say, dreams do come true.

She has been in a number of Ghanaian films, but most of us are familiar with her from the Kumawood film “Kumasi Yonko” which was released a few years ago.

In the film, she even snatched Nana Ama McBrown’s husband after polluting her mind about him. Currently, we see her in Dr. Likee’s comedy sketches, which reminds us of the times when she consistently provided us with a wide range of unique and loving content each week.

Well, she has a twin sister. Gifty Adu, her identical twin sister and her only sibling.

These two twins are always together, and they always look beautiful. below are some amazing pictures of the two.