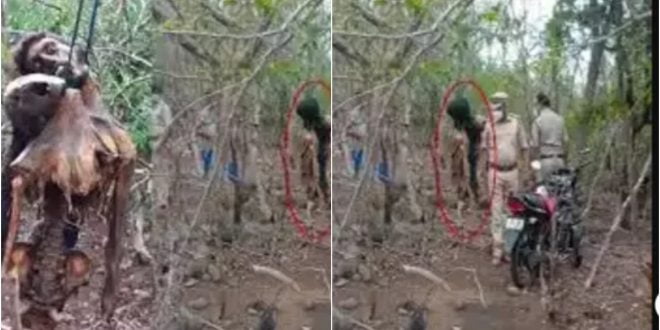 Bodies Of Missing Lovers Found Hanging In The Forest

the  23-year-old married woman identified as Shiva Leela and her 28-year-old alleged lover, who went missing in April’s first week in India had been found dead and their bodies decomposed as they were hanging on treetops in a forest.

their bodies were first seen by a few herdsmen who ventured into the interior areas of the forest on Friday following the relaxation of the lockdown in India.

the bodies were identified thanks to a motorbike that belonged to the 28-year-old man (identified as Mahender) that was found at the scene.

According to reports, Leela had been married for five years and Mahender was also married with children. The two met each other for the first time at a construction site, nearly two years ago

According to the police, the couple committed suicide on April 6