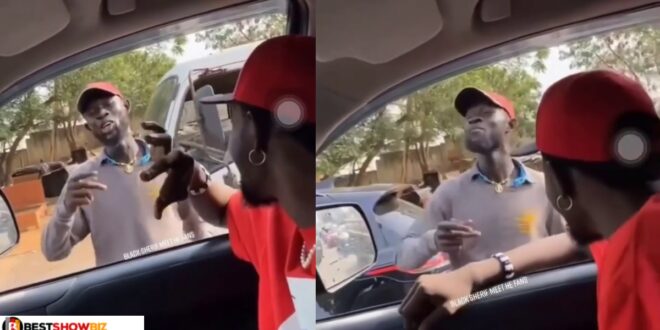 Black Sherif gives a fan some cash after he sung His Song. (video)

As a thank you for supporting his brand, Black Sherif has given a large sum of money to one of his die-hard fans who sang his “Abor3” song flawlessly as a thank you.

In the video, which was shared on Instagram, Black Sherif was seen in his car as a fan who happened upon the star sang his “Abore” verse word for word without making a mistake.

The ‘Second Sermon’ hitmaker, who was moved by the fan’s singing, took out some cash and gave it to the fan, who continued to praise and thank him for the generous gesture.