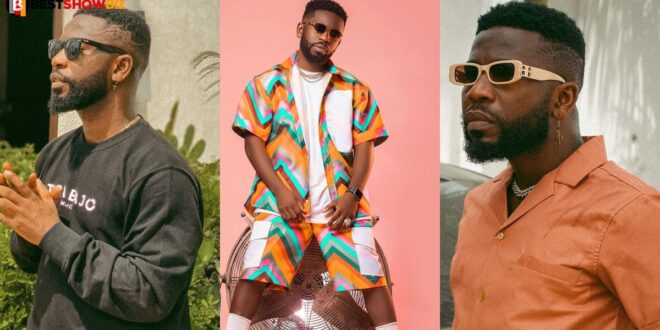 After being exposed for allegedly sleeping with a married woman in Belgium, Bisa K’dei, a well-known Ghanaian male vocalist who goes by the stage name Bisa K’dei, has unleashed a barrage of criticism.

Following the wild allegations that swept the local digital space, the “Mansa” hitmaker has come clean.

He claims that he is not the type of person who uses his celebrity and wealth to sleep with women, let alone a married woman.

Read Also  Video: Afia Schwarzenegger threw alcohol on me when I greeted her for the first time - Sumsum Ahuofedua reveals

The singer added that, as a devout Christian, sleeping with a married woman is a terrible sin that he will never commit in order to avoid God’s wrath.

In an interview with Zionfelix, Bisa Kdei, who did not take the accusations lightly, issued a strong warning to his critics on the internet who spread false information about him.

The famous singer threatened to take such people to court in the near future because lies like these do a lot of damage to his reputation.

Upon his return to Ghana after performing at a concert in Belgium, rumors of Bisa K’dei allegedly sleeping with a married woman circulated on various social media platforms.

Read Also  "What DJ switch is doing is also child labour, she is too young to work as a DJ"- DJ Ashmen

The accusers have yet to provide an image of the married woman Bisa Kdei is said to have had an affair with, and this remains a point of contention for them.