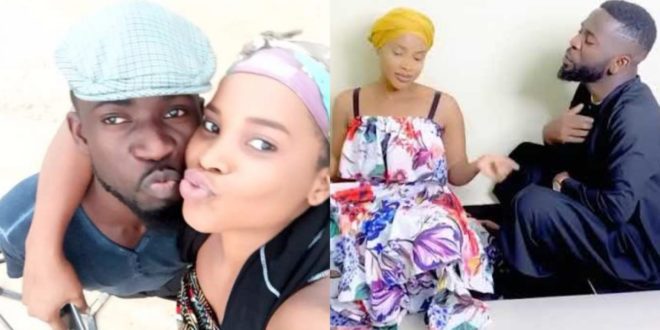 Singer Bisa Kdei and Kumawood actress Benedicta Gafah has taken us all aback with their new video on social media as it shows the relationship between the two goes beyond friendship.

The two were in an intimate position while having fun and some romantic moment together in a room, as seen in the trending video.

Bisa Kdei, at the beginning of the video, was singing one of his new songs dubbed ‘Sika’ – which contains romantic words for Benedicta Gafah.

Part of the lyrics of the song had the highlife singer promising the actress he would give her one trip to Dubai and another to Hawaii before Benedicta cuts him off with a slap for bragging.