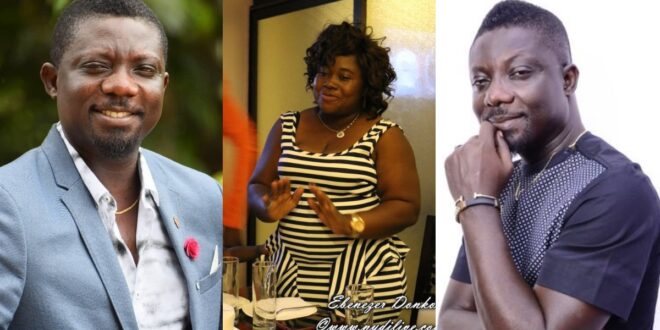 He is one of the entertainers who has captured Ghanaians’ hearts.

To accomplish such a feat, it takes a certain kind of actor, and this one does not fail. Bill Asamoah is one of Ghana’s most promising stars. Many people enjoy watching his films because of his creativity.

He is a veteran actor who has been in the industry for a long time. He began his career by doing errands for famous actors, but he is now one of Ghana’s most successful actors.

Behind the many rumors of an affair, Bill and his wife have a lovely union to which many people aspire. Marian is the name of Bill Asamoah’s lovely wife. They’ve been dating for a long time. They have three children and are a lovely family.

Take a look at those lovely pictures of Bill Asamoah and his lovely wife;