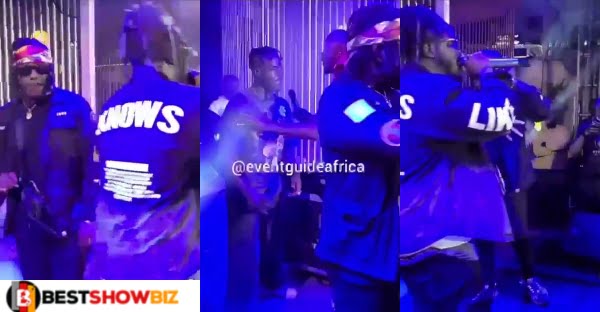 Dope Nation, a music duo and twins, have been targeted by a ruthless individual who has been recorded on tape.

The pair were playing at a late-night bar when a guy walked onto the stage and took one of their microphones out of their hands.

Two brothers became obviously annoyed by the man’s behavior, and one of them expressed a desire to confront the raucous man who had invaded the stage and assaulted his younger brother. His brother, on the other hand, prevented him from engaging in a conflict by snatching his microphone.

Other individuals on the stage worked together to keep the situation from escalating into a fight or a fight between two people.

Do we place the blame on insufficient security or on disrespect?