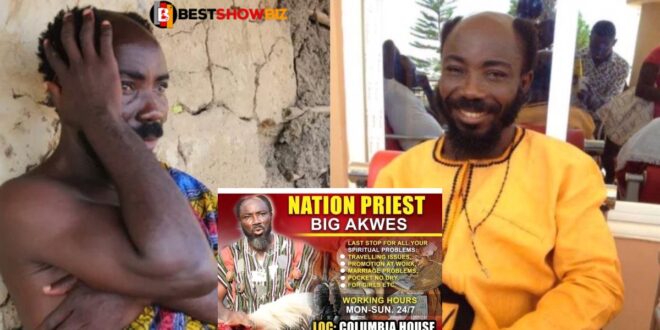 A photo of Kumawood actor Big Akwes dressed as a chief priest and seeking clients has surfaced on the internet.

According to the information on the flyer, Big Akwes is now a strong chief priest who claims to have the solution to all of the problems that people are experiencing in their daily lives.

Big Akwes, who is well-known for portraying the character of fetish priest in most of his films, may have fallen in love with the ‘profession,’ leading him to ultimately settle on doing so.

It is impossible to determine whether or not the actor has actually embarked on a new route of financial gain by assuming the role of a fetish priest, as it is possible that this is simply an artwork for the trend.

Take a look at the artwork below.