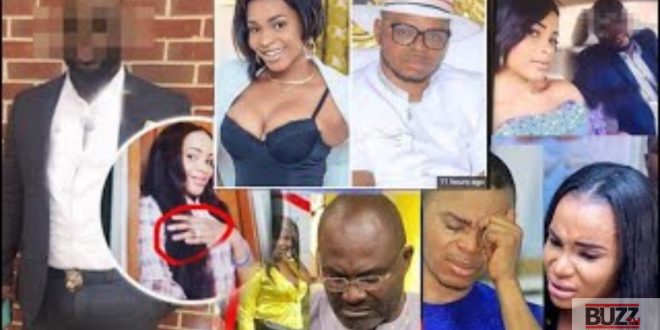 After Hon. Kennedy Agyapong drops secrets that Bishop Obinim of International Gods Way Church has affairs with actress Benedicta Gafah, more gist about their secrete love have since dropped.

well, from a video we sighted it gives all the details on how the marital issues of Benedicta Gafah and her husband started.

according to Ghana TV One, Benedicta Gafah was caught having phone sex with Bishop Obinim by her husband.

Ghana TV One also added that Obinim and Benedicta have been in love affairs since from 2016.

the man in the video also revealed that Obinim and Benedicta connived and got the husband arrested at Kotoka International Airport upon return from the US. He was accused of being an abusive husband.

adding that Obinim was the one who advised Benedicta to request for 2 houses in Accra and Kumasi and an amount of Ghc1.9 Billion before she signs the divorce papers which was filed by her husband.

just watch for the full gist below;