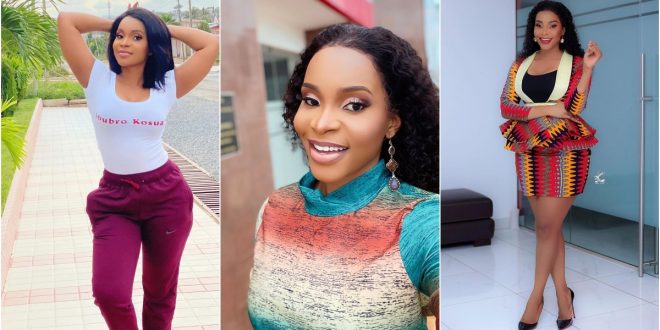 Benedicta Gafah reacts to critics who troll her for bad English.

Pretty Kumawood actress Benedicta Gafah has come under the scrutiny of trolls ever since she became the host of TV3’s show music music.

Almost every week, she makes a grammatical mistake that tend to invite trolls.

reacting to this, Benedicta revealed that, she does not really care about the trolls but use their comments to improve herself the next time on the show.

She revealed this to Graphic showbiz in an interview.

“There is growth in every sphere of our lives and I believe with time, we get better and gain grounds. For my critics, I would say their comments challenge me to get better at what I’m doing.

“They challenge me to do more to get to the top. I’m not bothered by the negatives, rather they keep me focused. You see, I enjoy what I’m doing and for this reason, I am open to constructive criticisms,” she added.