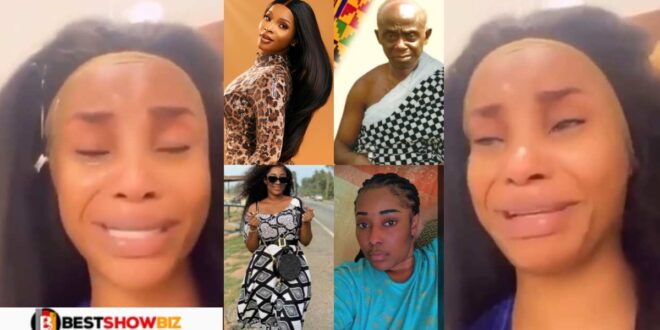 Benedicta Gafah, a Ghanaian actress, has received some bad news.

She prayed for her father’s soul to rest well in a now-deleted post, crying about why he left at this time.

Well, this is the second major death for the actress in less than a year.

Her eight-year-old best friend, Esther Maame Esi, was killed in a car accident in October 2020, and she took to social media to express her sorrow.

A few hours after speaking with her on the phone, she passed away before embarking on a journey from which she never returned.

After announcing her father’s death, Benedicta Gafah failed to give details on what caused his death.

May he Rest In Peace!