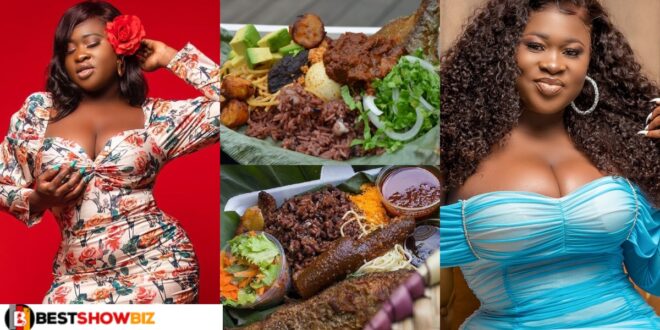 Sista Afia, a Ghanaian singer, has revealed that she used to sell waakye while studying in the United Kingdom before pursuing a career in music.

Fransisca Gawugah, the singer’s true name, revealed that she was a nurse before grace discovered her and encouraged her to pursue singing, adding that she received her college and university education abroad.

She stated this while discussing with Nana Ama MacBrown and other colleagues such as Fameye, Krymi, and Sefa on United Showbiz on UTV.

She claimed that she used to sell Ghanaian indigenous rice, Waakye, in the United Kingdom, which led to her meeting a celebrity and posing for a photo with him.