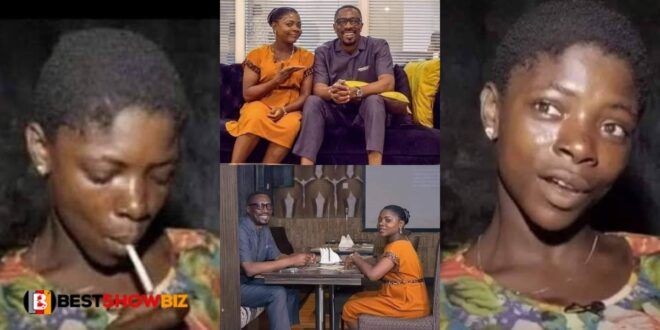 Before and After: Pastor changes the life of a pr0stitute and marries her – Photos

A video about a girl who used to be a prostitute and a drug addict went viral a few days ago.

The lady described how she became addicted to drugs and became a prostitute.

In a new update, Lizzy, as she goes by her name, describes how a man of God changed her life.

photos of how she used to look and how beautiful she has become now have surfaced on the internet.