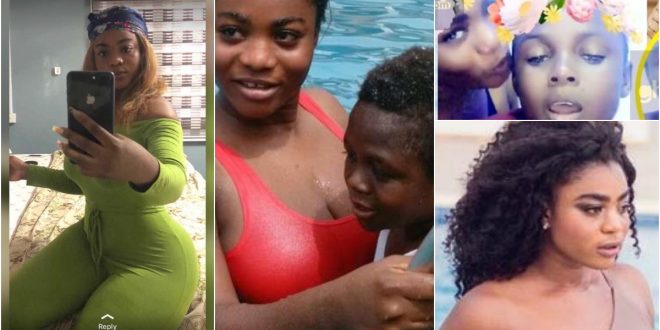 A bedroom video of actress Vivian Okyere who is believed to be the girlfriend of actor Yaw Dabo has surfaced the internet.

in the video, as we sighted, the actress was seen in standing in front of her mirror as she dances a record herself.

there is no way Vivian Okyere will be in the news without a tag of her being Yaw Dabo’s girlfriend due to the close relationship they have.

though the actress in an interview has disclosed that she is not in any relationship with Yaw Dabo, there is noway media users believe that as anytime they meet they behave like lovers.