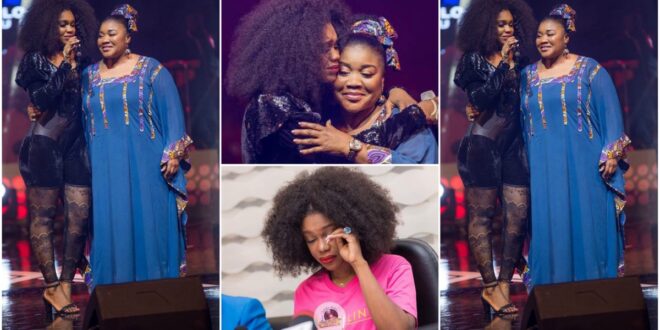 “This is too painful”- Becca Reacts to the death of her mother.

Rebecca Akosua Acheampomaa Acheampong, known as Becca in the entertainment industry has finally reacted to reports that her mother has passed on.

The reports said she died after a short illness in London, Becca has confirmed the reports by sharing a dark blank post on her IG handle.

Becca revealed that yesterday was a very dark day in her life because of the death of her mother.

she asked Ghanaians to give her family and herself privacy to mourn the loss of her mother.

One of the darkest days of my life.
I just lost My mom… Madam Julie Oti following a very brief illness.
This shock and pain is unbearable and the family would like to beg for understanding and respect of our privacy during this difficult time to moan.

Read Also  Benedicta Gafah expresses disappointment over a rediculous painting of her.
Share