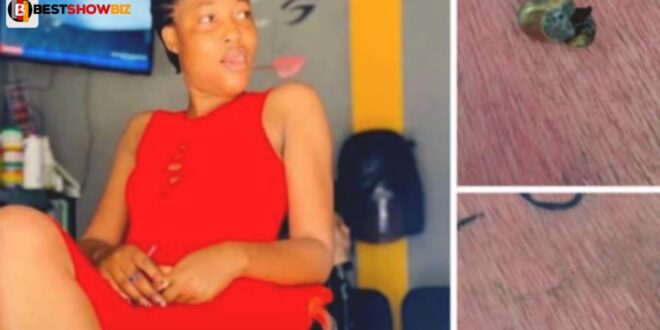 Beautiful young girl d!es after been hit by a stray bullet at a wedding in Nima

On Sunday, August 22, 2021, at a wedding ceremony, three boys accidentally shot a beautiful young girl in Nima.
Eunice Kissiwaa, a Nima resident, was struck by a stray gunshot during an Awureh marriage.

Some people decided to discharge guns during the Awureh reception.

A gunshot struck the lovely girl as she sat calmly at her house.

she was injured and taken to the hospital, but unfortunately, she died Monday morning.