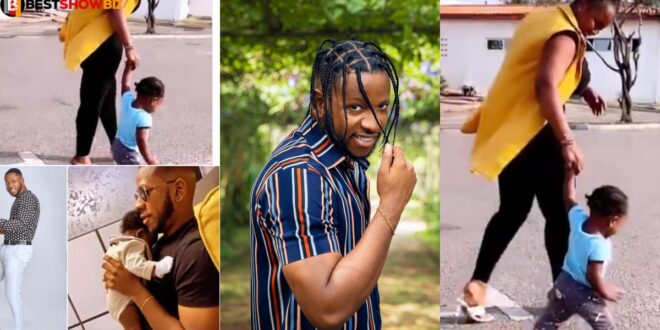 Last year, Yolo star Aron Adatsi, known in Yolo as Cyril, was said to have given birth.

After hearing the news, Yolo fans and Ghanaians alike mocked him for going against his character’s role model of abstinence in the popular series that made him famous.

After a few weeks, everything returned to normal for him and his new family.

In a video posted by Aron’s baby mama, Eyram, the beautiful baby they had is shown taking amazing first steps on his first birthday.