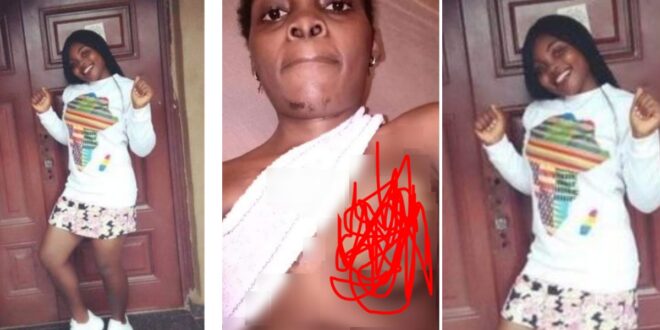 a Pretty young Nigerian actress has kicked the bucket after a long fight with a very serious medical condition that had parts of her breast decaying.

The name of the lady was Eddyth Obianuju Odidika, her death was announced on social media by her friends.

In the later parts of last year, she took a picture of herself and her decaying breast posted it on Facebook, and asked people to help her with money to go for treatment.

Her friends revealed she was in too much pain towards the end of her journey and she died doing all her best to fight the disease and stay alive.