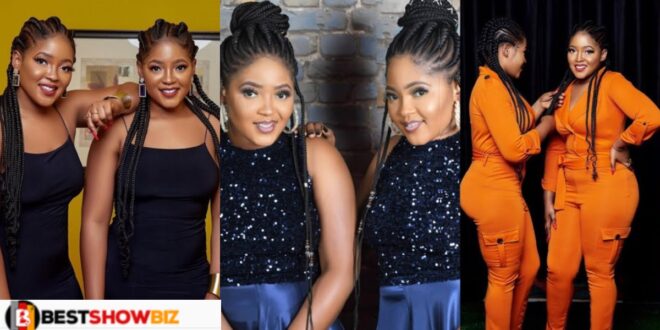 In the wake of their decision to settle down with one man and build their lives with him for the rest of their lives, two gorgeous girls (twins)  have gotten the entire country talking.

The two ladies, who have only been known as L&B, have revealed that they are not currently in a relationship because of a criteria they have set for themselves, which is to marry one man who is wealthy, a decision that they claim their family is aware of.

After each individually entering into a relationship that they both characterize as not serious years ago, they have come to a solid determination to come together to tie the knot with only one man, who appears to be willing to pay two bride prices, according to the couple.

During an exclusive interview with Nana Rome on Accra FM, these young and gorgeous females shared their secrets with the audience.

L&B, on the other hand, made it clear what kind of man they were looking for. Both women expressed a desire for a God-fearing man who is also capable of providing for their needs and acting in a responsible manner.

They are resolved to marry one man and live happily ever after, despite the fact that their wish is frowned upon by the majority of the population.
Having moved from their original area of residence to Accra in quest of brighter pastures, the two have remained together for the past three years and perform nearly all of their daily activities as a unit.

After living in Accra for three years without finding work, L&B have announced that they intend to enter the media sector by hosting an Entertainment and Fashion Show of their own, during which they would interview various individuals.